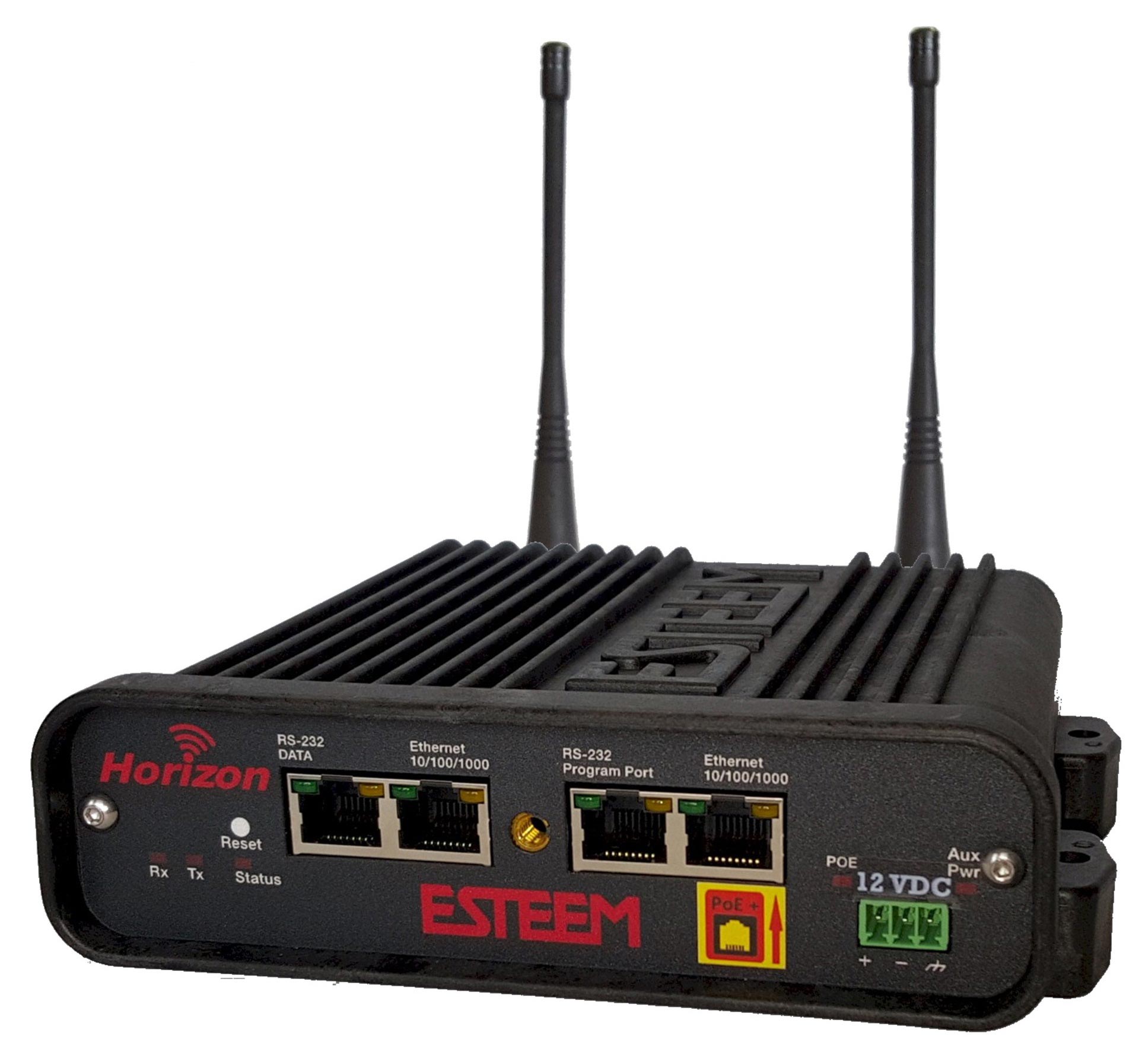 When the 900 MHz, unlicensed radio band became popular in the ‘90s, it provided the answer to some significant technical issues of that time for SCADA systems.  The 900 MHz band was popular with the first commercial frequency hopping spread spectrum (FHSS) technology providing an Ethernet interface at much higher data rates than what was operating in the serial data networks of the time.  The 900 MHz frequency also provided better vegetation penetration and terrain modeling than the 2.4 GHz or 5.8 GHz also available for unlicensed operation.

At the same time, 900 MHz Ethernet radio did have some limitations compared to the higher frequency bands, including a narrower bandwidth (26 MHz) which limited the number of frequency channels.  Most manufacturers eventually withdrew from the 900 MHz radio modem market to focus on higher speed, higher density wireless networks. But ESTeem saw an opportunity.

For many companies, including manufacturing facilities with increasing needs for wireless communication systems, it can be challenging to find ways to accommodate all the networks and devices requiring frequency space in the 2.4 and 5.8 GHz bands. ESTeem decided to solve that problem by developing a radio on the 900 MHz unlicensed band that can operate at higher speeds with complex communication networks outside of WiFi based frequencies.

Its Horizon 900 Series provides the traditional advantages of 900 MHz radio modems with features that expand the capabilities of the 900 MHz unlicensed band:

The Horizon 900 Series offers multiple modes of operation such as Ethernet Bridge, Router, Firewall and mobile mode while addressing needs not only found in the most common applications, but also for many unique environments, such as:

Learn more about how the 900 MHz unlicensed band and the Horizon 900 Series can improve wireless network communications for your company.

We use cookies on our website to give you the most relevant experience by remembering your preferences and repeat visits. By clicking “Accept”, you consent to the use of ALL the cookies.
Do not sell my personal information.
Cookie settingsACCEPT
Manage consent

This website uses cookies to improve your experience while you navigate through the website. Out of these, the cookies that are categorized as necessary are stored on your browser as they are essential for the working of basic functionalities of the website. We also use third-party cookies that help us analyze and understand how you use this website. These cookies will be stored in your browser only with your consent. You also have the option to opt-out of these cookies. But opting out of some of these cookies may affect your browsing experience.
Necessary Always Enabled
Necessary cookies are absolutely essential for the website to function properly. These cookies ensure basic functionalities and security features of the website, anonymously.
Functional
Functional cookies help to perform certain functionalities like sharing the content of the website on social media platforms, collect feedbacks, and other third-party features.
Performance
Performance cookies are used to understand and analyze the key performance indexes of the website which helps in delivering a better user experience for the visitors.
Analytics
Analytical cookies are used to understand how visitors interact with the website. These cookies help provide information on metrics the number of visitors, bounce rate, traffic source, etc.
Advertisement
Advertisement cookies are used to provide visitors with relevant ads and marketing campaigns. These cookies track visitors across websites and collect information to provide customized ads.
Others
Other uncategorized cookies are those that are being analyzed and have not been classified into a category as yet.
SAVE & ACCEPT